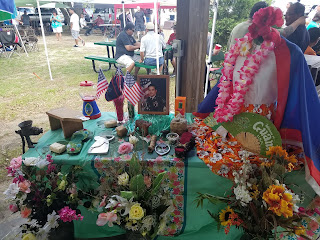 Hafa adai
I am proud to be born on a small amazing island named Guam. There are many different cultures, lifestyles, and histories from many places, but I can truly say that Chamorros (people from Guam and the language) from Guam are the best there will ever be. I have lived in the U.S. since I was 6 so I don't remember home that well,  but I have kept the love in my heart.  There are a number of people that will tell you how wonderful of a place it is and that the people there are the nicest around. (Even better than Charleston)  I have not met a Chamorro that wasn't kind, that wouldn't help a stranger, that has their heart ready to give to anyone. You don't believe me? Go to the next liberation festival near you. You will meet these awesome people immediately because someone will definitely come over and ask if you need help unloading your car, or if you need help putting up your canopy, or if you want a beer! This had happened to me every single time I've gone. 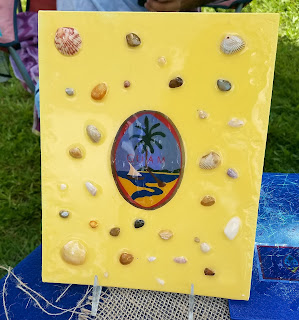 There are liberation festivals all over the place, you just have to know someone. 😁 The liberation festivals are held every year around the same time to celebrate when Guam was liberated from Japan and became a US territory.  Guam has a ton of deep-rooted culture and history but it continues to grow with the people of Guam holding tight to the love of the land, the people, the culture.
Recently there was my local festival and we had a wonderful time. There were many different dancers there doing the traditional dances, displays with Guam memorabilia, vendors selling flowers for your hair, art (me being one of them), and a great guy we met who wrote a book about war and Guam.  His name was Major Ralph Stoney Bates USMC (RET) and was a kind soft-spoken man. Yes, I had to buy one of his books and get it signed. I am eager to read it and learn more about my home. *update... The book, "An American Shame" was wonderful and opened my eyes to a world on Guam that I really didn't know about that occurred during WW2 and how much it was a part of history that no one knows about. They teach you what they want you to know. #truth 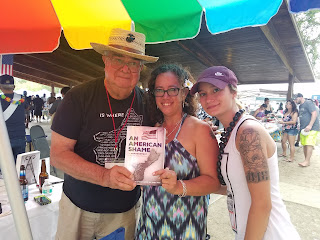 There were tables upon tables of delicious food too. I couldn't leave out the food! There was red rice, chicken, ribs, different kinds of kelaguan (my autocorrect keeps telling me to change this word to peliguan??, which kelaguan is a style of cooking either chicken, pork, shrimp, octopus, whatever, with lemon, hot peppers, coconut, and spice), finadene (soy sauced, pepper hot sauce), shrimp patties, latiya (a Chamorro take on custard), hotnon babui (roasted pig), cucumber salad, desserts galore, and much more!!! Another thing to ask anyone who had had a taste of the food from there and they will love it! There hasn't been a single person who has tried my lumpia or Kelaguan and didn't like it, how could you not?!? 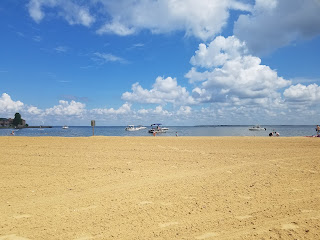 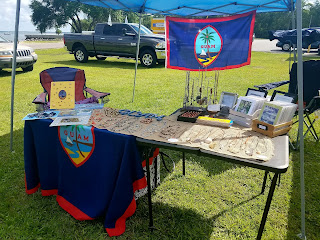 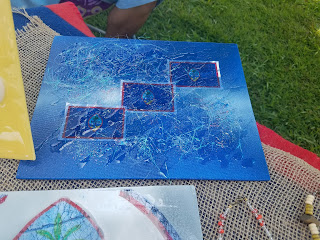 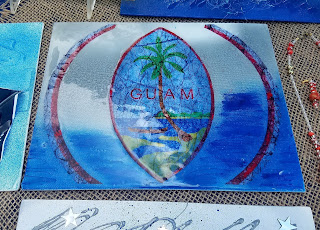 To end, I want to say what a great time we had with family and friends. I wish it was a monthly festival of fun and good times! Until next festival.....🇬🇺🇬🇺🇬🇺